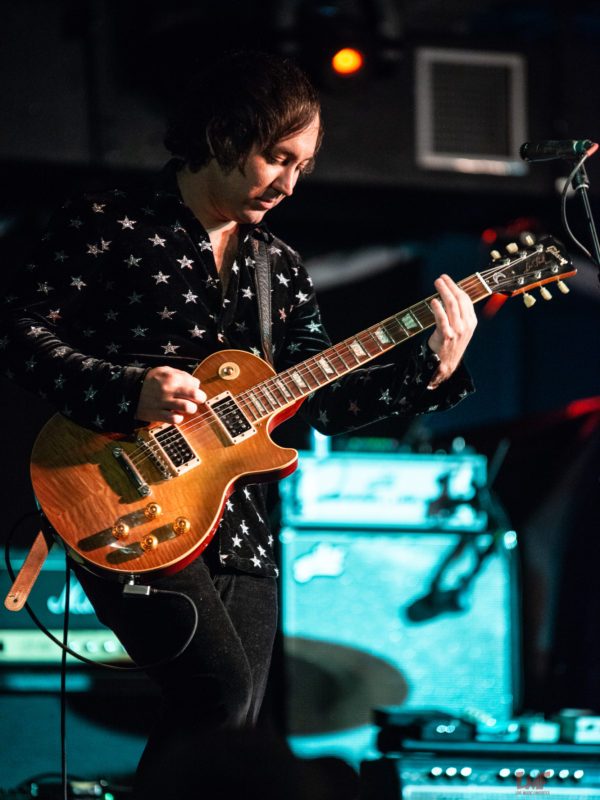 “The show started as scheduled and the up and coming new-age rocking artists Moon Fever started the night out with a high-energy packed performance. The lead singer, Cody Jasper, was dressed to the hilt in a pair of sapphire blue studded glitter pants that were only enhanced by his slick as Jagger moves. The artists started the show with their new hit and video release single song “Cocaine” and had the audience’s attention from the first riff of the guitar and belt of Cody’s seductively raspy voice. Moon Fever continued to gain the audience’s attention with their soon to be released single “Medicine Man.” Nearing the close of their set, Moon Fever belted out the crowd’s obvious favorite which is a power ballad called “Shaking off the Evil.” Moon Fever had the audience singing, word for word, most never having heard the song before. Their last song of the evening was their soon to be released single “Lost and Found” which was a bring ‘em to their knees and leave them wanting more show-stopping performance which was followed by an overflow of audience applause and admiration”.